Home » The Best Aviation Events in the UK

The Best Aviation Events in the UK 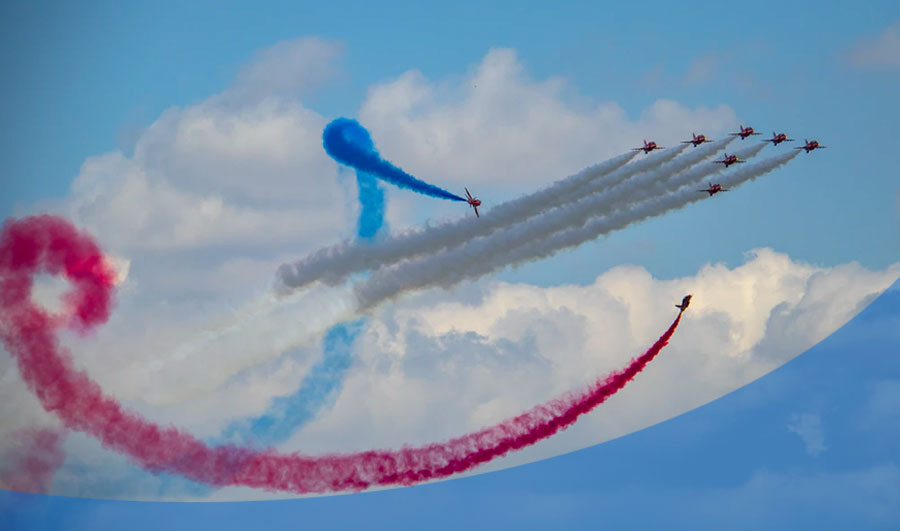 Whether you’re a diehard fan of aviation events or an experienced pilot looking for a thrilling air display, UK offers the best events. Besides hosting the most significant airshows globally, it provides its citizens and visitors dozens of airshows every year. Below, we’ll take you through the best aviation events in the UK that’ll keep your family entertained.

Established in 2008 as the Bournemouth Air Festival this air show has grown into folds becoming popular than the traditional Eastbourne seaside show. From Thursday to Sunday, take a look at the aerobatic, military, and historic air displays along the seven miles long seafront. If you’ve been looking for an action-packed event that will keep your weekend occupied, this is your ideal event.

Usually held in September, the Shuttleworth air show brings in different themes each year. It’s celebrated in Old Warden for two days every year. Initially, it was a shuttle and wheel show, but this has seen more developments in theme changes. For instance, in 2017 and 2018, it was celebrated as “Heritage Day” and later changed to “Vintage Airshow.”

Apart from the airshows, the event showcases a collection of planes from World War II. Within the venue, A Shuttleworth House is open to the event attendants. It offers a huge outdoor playground for kids and has park-like gardens.

If you consider yourself a warbird enthusiast, attending the Duxford air show will make your day. During the airshow, visitors may look inside the adjacent museum, which offers a free pass to everyone. This museum is home to The Fighter Collection (TFC), The Aircraft Restoration Company (ARC), and the Imperial War Museum Collection (IWM).

Believed to be the largest air show, it brings on board modern aircraft in its amazing air display. The event is held annually, in January, at the RAF Fairford in Gloucestershire. Arriving early before the event’s commencement gives you a chance to see the arrival and departure of the aircraft.

Airshow events are spread across the year in the UK. Other interesting events you shouldn’t miss include the Farnborough Airshow, Biggin Hill Airshow, Royal Navy International Air Day, Midlands Air Festival, and Welsh Airshows. Bookmark our blog to learn about the next airshow event.